Walking in Hampstead with Toby

After breakfast Toby and I went off to Hampstead, and left Mas in peace and quiet to sort various things out. We walked all around, up Flask Walk and eventually came out by The Old White Bear pub, and then went off in a different direction. We both really like the houses and architecture, but I was unable to decide which would be mine (if only I could afford to live t 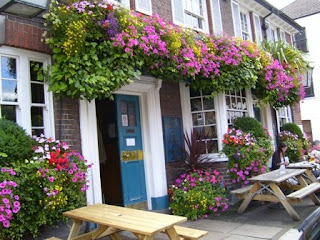 Later we went into The Flask Pub and had some very refreshing ginger beer and a tasty snack. It is a nice pub as there is a conservatory kind of glass roof which makes it very light and airy in the eating area.
When we left there, we headed down towards the Vale of Health and walked on the Heath for a while, in an area where children usually fly kites. 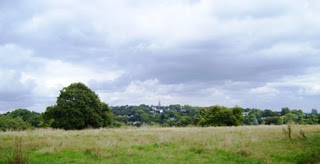 We left there and walked around Christchurch, and past the small school that my mother attended when she was a child, befo 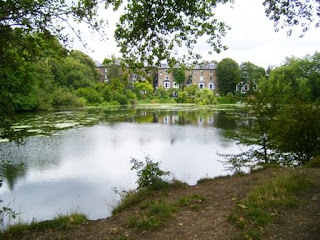 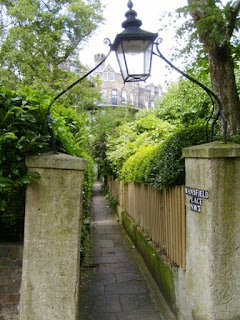 As we walked back we saw people swimming in the mixed bathing pond, and saw that the fairground people were setting up the Fair for the Bank Holiday on Monday.
Posted by Margaret at 18:22