Today it was arranged that we were to go to the Garden Cafe in Regent's Park where Diane was to celebrate 'new beginnings' with friends and family.
When Mas and I got up, Salty came in, and we noticed that he had cut his paw rather badly, and it looked as if it should be stitched. We got ready, and we planned that I should go ahead and explain what had happened to Diane, and Mas should take Salty to the vet. We tried various neighbours to see if we could borrow a pet cage to put him in while Mas drove to the vet, but no one was in. Ma took Salty into the car and drove to the vet in Borehamwood, Salty in the meantime was making a terrible noise and moving all over the car until he settled on Mason's shoulders.
I got to Regent's Park easily and met Wendy and Stuart on the way. Diane's party went really well and before long Mas arrived. It was nice seeing Diane's family again, and Pete and Lorraine were there as well. Mas had left Salty at the vets, and we could collect him at 6.30pm as someone would come and open the vets office for this purpose. 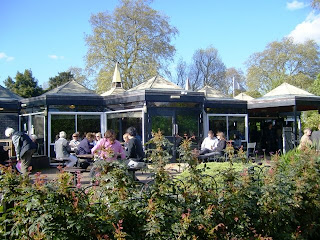 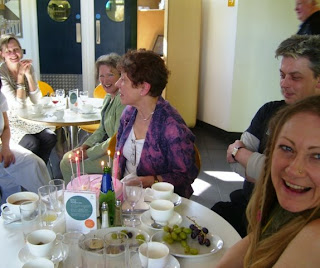 The cafe is an attractive building in the park, and spring flowers were out too. 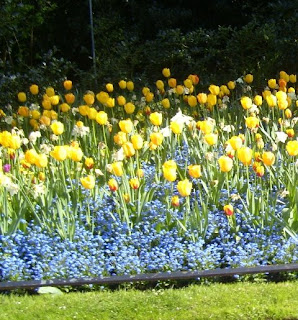 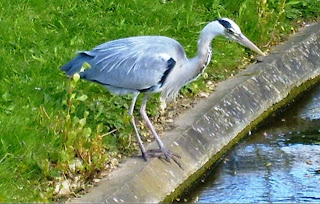 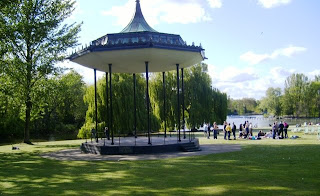 After we said our farewells Mas and I went back to Stanmore on the tube, got into the car and went off to the vets. We collected Salty who looked fairly groggy, from the anaesthetic, paid a huge 'out of hours' vet's bill and went home.

We kept Salty indoors all night which meant that I did not sleep at all, as he was roaming all over the house meowing, standing on me or pouncing on me while purring loudly. At one point he yowled horribly till I got up, and then he took me to the various possible places where he could leave the house from, but I did not let him out.