This morning I had to visit my doctor who I had not seen for almost a year. He said he knew I had been to hell and back since he saw me last, but added that I now look very well, and better than he had seen me looking for a long time.
Mas had an appointment an hour later and found his blood pressure was perfect, and recent blood tests had all come out normal, which was excellent.
We then went off to Borehamwood to get some shopping and DIY things. We had lunch at our fish and chip cafe. The waitress after looking at a picture of Salty showed us a short video of her pet which is a ferret. She gave us some left over sausages for Salty, and said her ferret would not eat them. She bathes her ferret every day or two, and blow dries him afterwards; he cost her £35.00 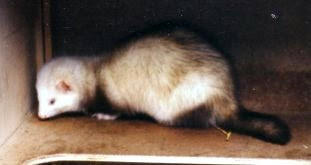