Today we were invited to Margaret and John's for a light lunch; there was nine of us including one of their friends who we has not met before. We had a really nice time as everyone was so jolly, and M and J had made a feast of a thousand tastes, and it was also very healthy too. We remained until it was dark and went home again and received a noisy and warm welcome from Salty.
On Tuesday Mas and I went for a walk in Edgware which included a small park. We watched people walking their dogs while we walked. All were supposed to be on leads, but none were, but they were all peaceful dogs. We went home, but I decided to walk some more at a faster pace. I was sad to see a poor magpie with a broken wing who was foraging in recycling bins. I considered trying to cat 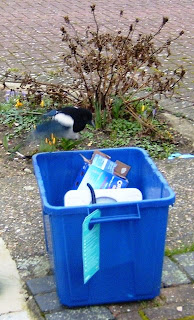 ch it and take it home, but abandoned the idea. 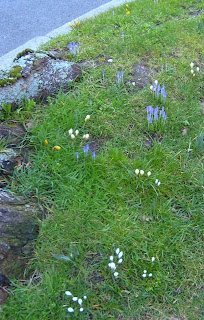 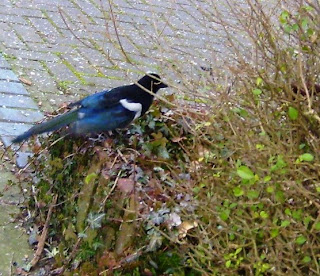 When I got home Salty and I read some P.G.Wodehouse.
Posted by Margaret at 19:12