We awoke to pretty snow scenes which we admired while drinking our hot coffee, and keeping warm indoors. Apparently this was the worst snowfall we have had for eighteen years. 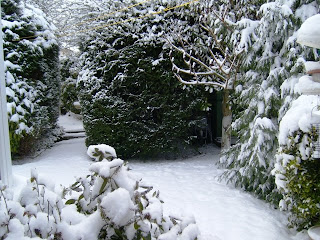 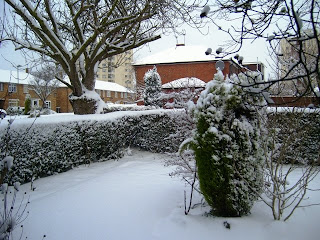 Salty (or Mr. Wonderful, as he prefers,) spent breakfast with us. 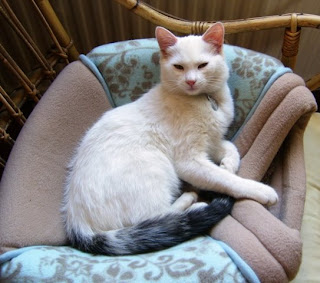 A little later Maheena's children called round to say that a car had skidded and slipped into ours. Luckily they had taken down the car number, and a description of the car and man who had been driving it. I went out and took a picture of the skid marks, and luckily the car was not damaged badly. I think the children have a future as detectives. They had been making a snow penguin by their front door when this happened. 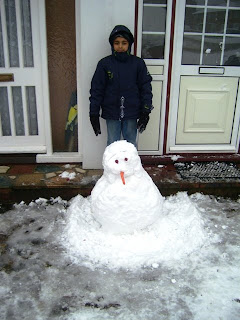 We spent ages making a report for the police and insurance company, but of course they were inundated with all manner of snow related accidents. We had about 8" ( 20cms ) of snow, but in some parts of London they had 2o" (51cms).

The airports, tube trains, overland trains, buses and schools were closed, and few people made it into work, and there were tailbacks on the roads which were incredible. I remember in the 1960s there was much more severe weather, and snow was on the ground for three months in London, but people carried on as usual. Perhaps we had less imagination then.
Posted by Margaret at 12:45