Today I had a phone call from Monika who was walking and going to pick up her son from nursery.

She told me that her mother had visited a hairdresser who had cut her hair very short( she has had long hair for years), styled it,and coloured it in a lighter colour. In Czech there is an expression that is used when someone looks pretty, they say "she looks like a cat."
Monika's mother had phoned and told them of the hair style, but when she spoke to her grandson, little Milan, she told him she had changed and looked like a cat. Milan began to cry, and said he wanted her the same as before; very confusing for a little chap that loves fairy stories! 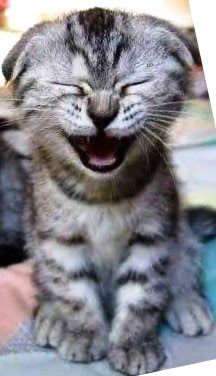 I spoke to Diane who was just about to go to her cycle club, and Pete called too.
Mason had been shopping, and was trying to get another lock for the door when he realised that the lock measurements were now in metric measurements and that is why nothing would fit properly. Very frustrating! In the evening we watched a rerun of a TV series, Pie in the Sky.
Posted by Margaret at 19:43