We went off to Funchal, and Tania, Robert and I went to the market to buy fruit, and look around, and later we met Mas and had a lovely meal in a pavement cafe down a side street. 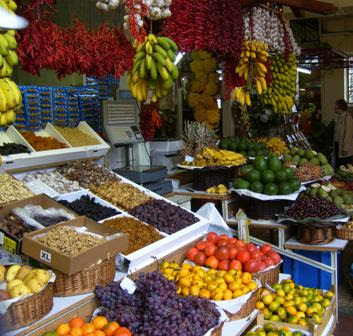 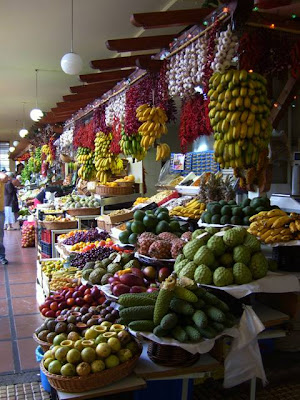 Robert had recently sent me a picture of a beautiful fractal vegetable called a Romanche, and we found one in the market. 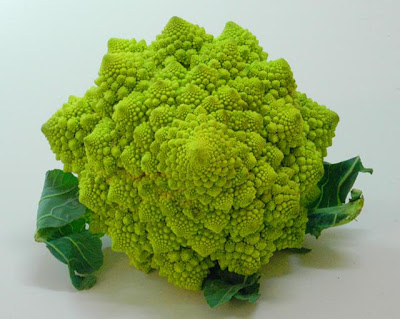 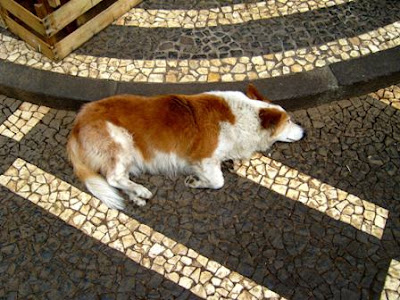 Here is a stray dog in the market, looking very healthy.
After lunch Mas went off as arranged, and then we went along the harbour for a walk as far as Saõ Tiago Fort which has now become a restaurant and a modern art gallery, and then we walked through the old part of town which seemed very atmospheric. We also looked at the Town Hall which used to be a palace in earlier times, and has a statue of Leda and the Swan in
the courtyard, and that formerly was in the fish market.
Later we went for dinner to the Miradouro restaurant at Cruz da Caldeira. We had a very tasty meal, and found that two of our new friends were there before us and we were pleased to see them. We did have a little difficulty talking as one of the football teams were celebrating, and making whistling noises like fireworks going off, but they were all in good humour, and so were we.
Entrance to the Fort. 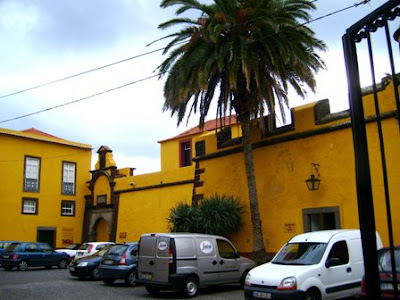 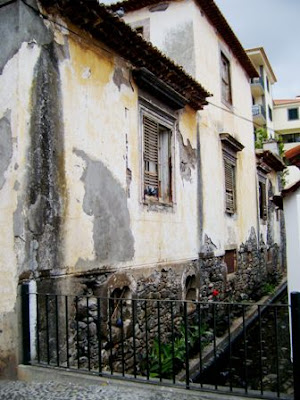 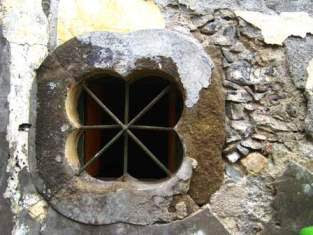 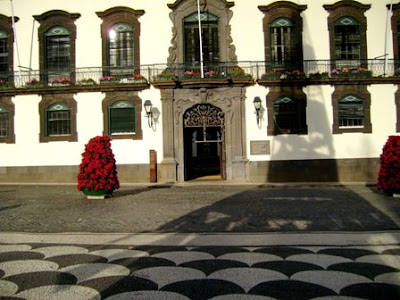 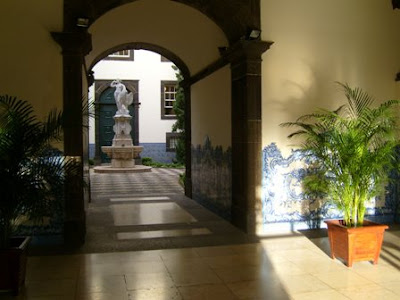 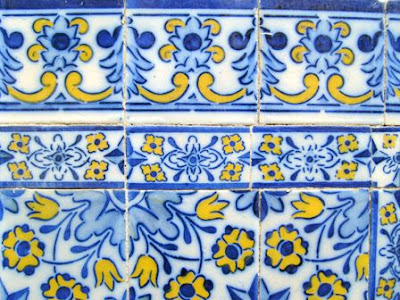 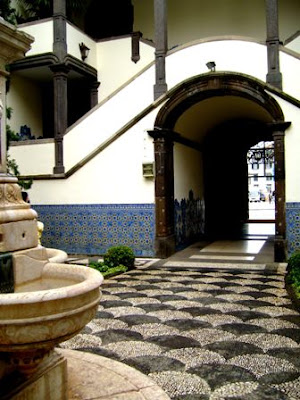