When we were in Funchal, Tania and I went off to look at the cathedral, leaving Robert on a designated street corner to wait for Mas. We did not look at the cathedral as a service was in progress, so we went back to Robert, who had been watching a distinguished looking elderly gentleman with fascination. This man was clearly in a world of his own, and unaware of his surroundings, but was miming his emotions and response to what his mind was seeing in such an exaggerated way, that it would drop the jaw of any Shakespearean actor by his inventiveness.
For the rest of our holiday, Robert (taking a leaf out of the elderly gentleman's book) began to display silent and exaggerated responses to little things that he observed, such as a small hat that Tania was wearing, or a minute mark on a wall. Tania was not impressed by this behaviour, except to look at him from time to time and and shake her head in resignation and pity.
We planned to go to The English Church where a mandolin concert was being held, but we found that we had arrived much too early, so found a courtyard restaurant and had coffee there. Beside our table were various photographs of family groups in the Victorian era, and we were very impressed with how severe the adults looked. 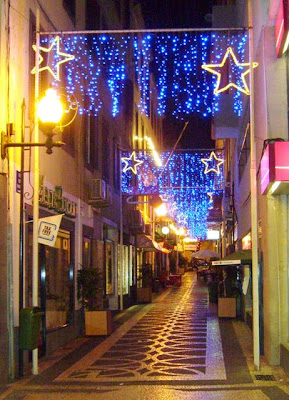 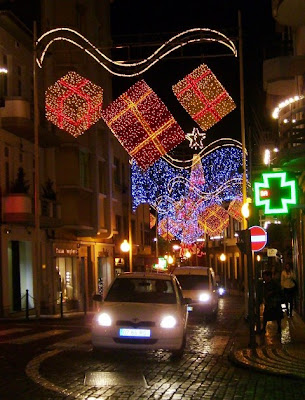 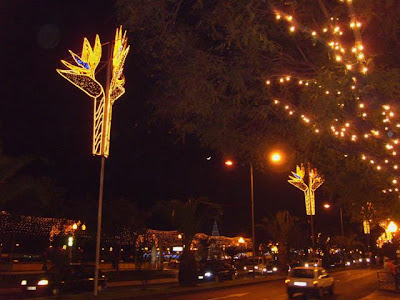 Some of the Christmas lights. 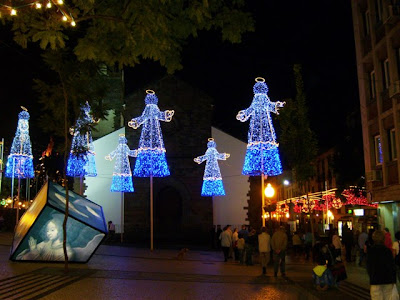 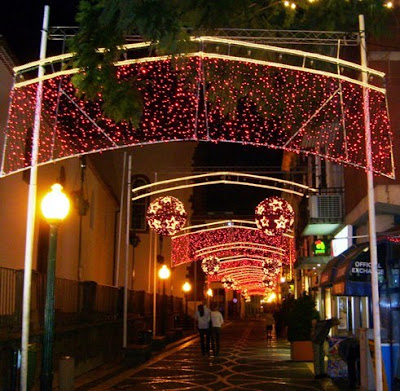 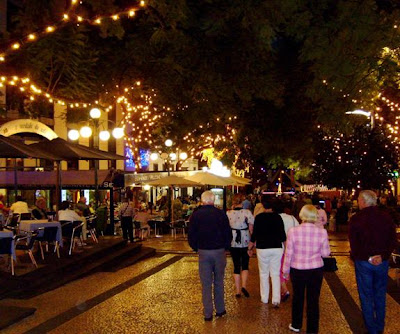