After breakfast the next morning we went to Cabo Girão which is a cliff, 580 metres down to the sea, and the highest cliff in Europe, before driving down to Funchal. Madeira is an island that was formed by volcanic action, and the sand and pebbles are black, except where white sand has been imported. Terraces have been made up the sides of the mountains, in every available place, and food is grown on them, even on this perpendicular cliff. 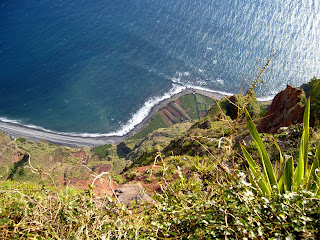 Afterwards we drove down to Funchal to look around the town. The town is paved with black and white volcanic rock in mosaic designs. Very ornate, often very large, decorations had been put up everywhere, and there was an air of festivity everwhere, and Father Christmas was busy selling balloons. 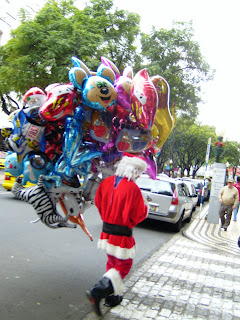 There is an exotic garden in the centre of town , and there were lots of flowers in bloom. 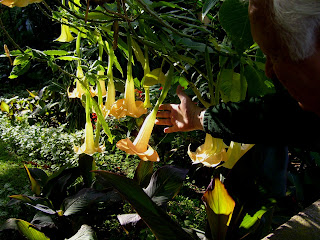 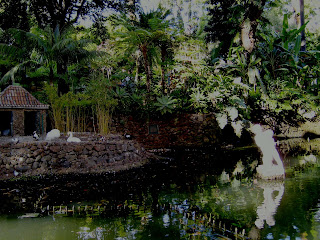 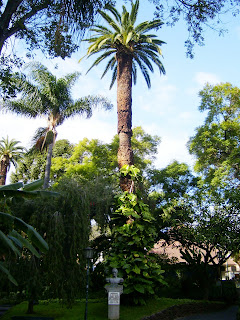 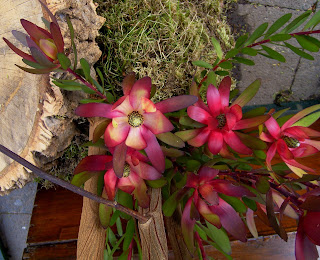 We saw a small craft market and walked through it. There was leather work and embroidered things, and a lady making bread, but most impressive was a nativity scene which represented. 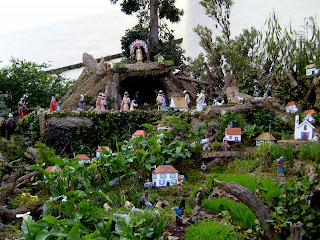 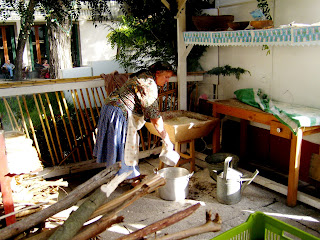 As we were leaving town we saw a sweet but pathetic dog curl himself up on the pavement ready to sleep, and we felt sad leaving him there. Later we learned that there are about 3,500 stray dogs and cats on the island, but they all seem to look fairly healthy as people feed them and put dishes of water out for them.
Posted by Margaret at 18:01