Lunch with Robert and bright walk

Salty took his hedgehogs upstairs this morning, and put them on the bed. He had black oil on both his ears, so later I tried to remove it with detergent which did not work at all. Trying my old remedy I warmed up some butter and rubbed it into his ears, and did get off some of the oil. Salty was looking very dishevelled and scruffy with patches of fur stuck together, and smelling strongly of butter, and by the time I was finishing up he was growling, and so was I. Later he thanked me for doing it though.
It was windy and wet, but we decided to go to St. Albans and have lunch with Robert. Poor Tania is still feeling tired after the flu, so decided not to join us. We met in Sazios and had a bottle of wine and lots of talk while we ate. The weather had improved a bit, and we got our shopping from the market afterwards as the traders began packing up. Later I heard that there had been a tornado in Essex, it lasted for less than a minute, but the tornado tore roofs off and did a lot of damage.
Once home Christiane phoned and said she could not meet as we had planned to go to the Tom Merrifield exhibition in Hampstead tomorrow.
We woke up to a bright day, and as we were having breakfast Salty entertained us by pouncing on the rainbow lights from the crystal that I had made spin slowly in the sunlight. Mas and I decided to go for a walk and take advantage of the good weather, so we walked in Edgwarbury Park, round the flower beds, the football pitch as the players were packing up, and into the forest. We saw lots of squirrels running about, and birds feasting on berries. 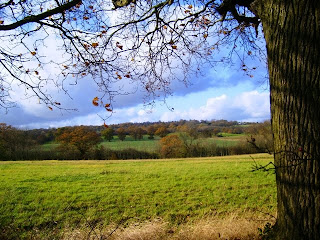 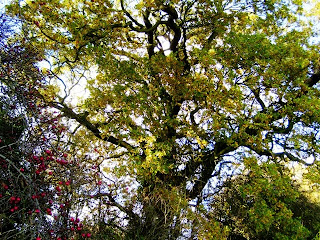 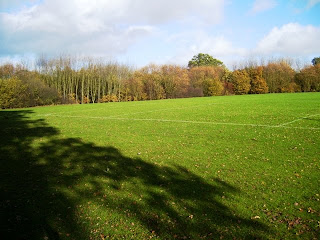 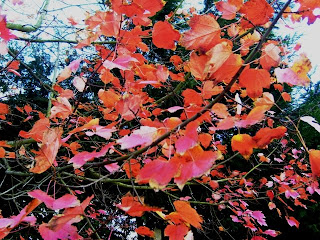