Mas was to meet friends , so I did more leaf sweeping, and walked for a while in the afternoon. I saw Maheena and Glen briefly, and Ben and Poppy, otherwise a fairly uneventful day.

We went to Stanmore, and Mas found out that money had been fraudulently taken from his account, so after several consultations the bank said that they were unable to prevent these people from taking more for about three weeks, which seems extraordinary. From our point of view the only thing to do seemed to be to close the account and open a new one which is what Mas did. After this we went to the Man in the Moon for a restorative coffee, but this turned out to be so horrible that I could not drink mine. What is going on?

Today I had to go back to the hospital again to see one of the surgical team. Once again I was reassured that all was well, and given another appointment for May next year; I am so pleased that they are taking such good care of me.


When I left the hospital I found it had been raining, but the sun came out briefly and I looked at St. Stephen's church which is undergoing restoration.

When I got home I caught up on a few emails. Mas had bought a couple of Larel and Hardy fims, and we watched one of them. Toby phoned in the evening and chatted which was a nice end to the day. 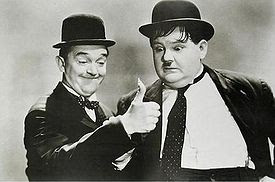