I spent most of the day pottering about, and in the afternoon I went for a walk and picked up a little shopping. Mas went off to Edgware General Hospital for a hearing test; he has some hearing loss and will see if he finds hearing aids helpful.
We watched an NCIS in the evening, and went to bed fairly early.
Today after breakfast Mas and I went off for a short walk together for the exercise,and later I went for a longer walk on my own. It rained heavily all afternoon; Salty rushed indoors looking as if he had been electrocuted...all his fur was stuck together in points, he was really soaking, and his tummy was all muddy. He threw himself down on the carpet, and within half an hour he was dried, fluffed up again and white!

In the evening we watched an old tape of The Hudsucker Proxy which was a very strange film with Tim Robbins and Paul Newman in it. The scenery and graphics of the film were strange futuristic/ art deco for the period of the 1950s, but fascinating. 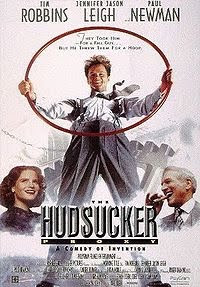