Natural disasters and IT problems

Yesterday morning I had to go off to the Royal Free Hospital to have another blood test and routine CT scan, and on the way home collected some shopping.
There had been a volcanic eruption in Iceland, and because of the clouds of ash that had been discharged all the planes had been grounded temporarily so the skies seemed very empty. There was also an earthquake in China with 760 deaths reported so far.
Robert called and said to Mas that his computer had blown up, and he was urgently trying to sort out the problems.
We woke up listening to Salty going nuts rushing up and down the stairs letting out yips as he went, but he was simply playing, it had sounded as if the Pied Piper and all his friends had been passing through.
Today Mas and I tried to catch up with our usual things, and I walked off to the library and got out some books and music. The street trees are all in blossom now which always looks so optimistic. The weather has turned warm at last. 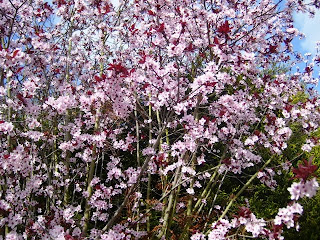 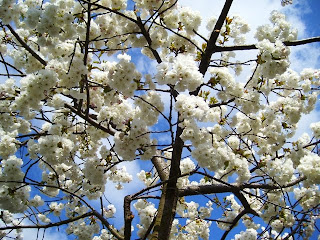