Salty heroically bought home another minute mouse this morning, thankfully he does not deposit them on the bed. Later I re potted some of the cactus plants, which is always a bit of a prickly job.


We have quite a few plants, more than we have the space for, but somehow I cannot throw them out. One of them we bought years ago when it was about 3 inches high, now it has reached the ceiling and is bending to grow along it so I must prune it soon ( next spring) Cuttings from a Kangaroo Vine that Maureen gave us years ago has also reached the ceiling....if I put a net across the room they would meet in the middle.


Today Mas went off to meet a friend, and Glen called in, as planned, bringing a bottle of sherry with her. We sat in the conservatory as the sun was glimmering paley through the clouds, but at least it was bright in there. We had tea and Stollen which everyone seems to like, at least ones who like marzipan, and talked for a few hours.


Later I walked down to Edgware to pick up a few items from what we call the cheap shop, this shop sells all kinds of odd things that it is hard to find elsewhere. It is rather melancholy to see the evenings drawing in so early now.


We watched a film called Secondhand Lions with Robert Duvall and Michael Caine in it. We had seen this film before, but it is such a good film we enjoyed it as much as the first time we saw it. 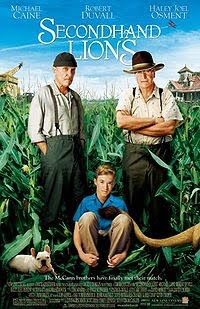