Pete and I took the bus then walked along the coast for hours, and through a nature reserve where we saw some butterflies called Baby Blues locally. We stopped at a kiosk and had tea and chips, and I had cheese with them too. 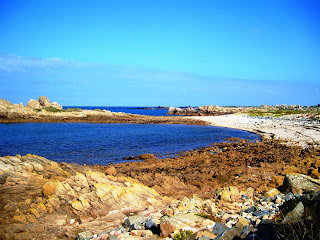 We reached Lancresse common which has a golf course and some neolithic remains, one called La Varde which is a passage grave, and Les Fouillages which dates back to about 4000BC and is possibly the oldest remaining manmade structure in Europe as indicated by pottery found at the site. There is also a rock called La Roche qui Sonne for no obvious reason as the site has been dismantled and stones removed, but it is said that there was a hollow stone which when struck made a sound that carried for a considerable distance. 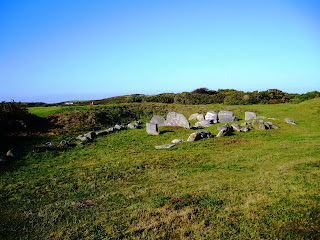 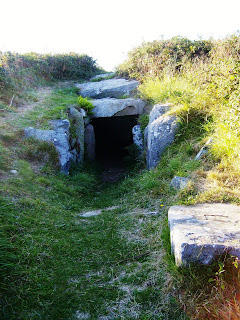 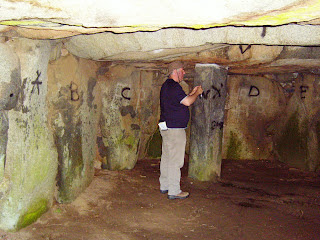 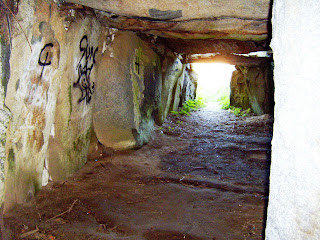 In the evening we met Poppy and Ben and went to the Bella Luce Hotel for another tennerfest meal which was very good, and the company even better.
Posted by Margaret at 19:43

I am assuming that is modern graphite on the walls.